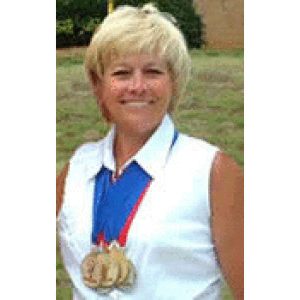 First Place Update Beverly Henson, a First Place leader from Meridian, Mississippi, has been nominated by the State Games of Mississippi for “2002 Overall Sportsman of the Year”. These games are similar to the Olympics, but done on a state level. Beverly is one of five nominations announced by the State Games Commission. The 2003 Kickoff Banquet will be held in January 2003 and the Sportsman of the Year Award will be announced at that time. During the 2002 state games, Beverly won three Gold Medals and three Silver Medals in running, swimming, kayaking and mountain biking. ———————————————————————————————– We have just finished our first session of First Place at Hope Baptist Church. Eighteen women were in the first session and lost 162.5 pounds. The Bible study was awesome and many lives are being changed. Our next session is about to begin and we have 9 new members in the group.