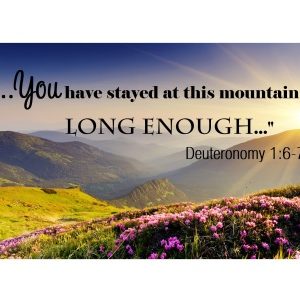 We recently returned from a trip to the mountains of Breckenridge, Colorado. The route from Central Texas to the Rocky Mountains was a steep climb, and at times the car took its own initiative to shift to a new gear in order to make the grade. It was something the Texas car was not accustomed to, but did with great efficiency. You never know what can be done until a challenge is encountered and met! It is easy to stay in the same comfort zone and glide along. That is not a bad thing to do on occasion, but in order to reach new heights, it takes being pushed. Perhaps one of the greatest challenges to moving to great expectations is just getting started. Getting that first extra “kick” of motivation is what many of us need in order to see dreams become a reality. Our trip required planning. Things

Matthew 14:28   “Lord, if it is you,” Peter replied,   “tell me to come to you on the water.” When I was in the sixth grade the Principal announced that we were having a school talent show. I wanted to be in the show so badly, but I had no talent. I had not taken piano lessons or dancing lessons. I really wanted to be in that talent show, so I went over to my great-grandmother’s house, where I knew that on a shelf was a real harmonica. She told me I could borrow it, and for hours I blew on that harmonica. Finally, I came up with something that sounded enough like a song, so I could enter the talent show. I put on the talent show sign-up card, “Beverly Henson will play a song on the harmonica that she wrote titled Falling Leaves .” The day of the show all