Is a gift a gift if no one receives it? Seems like a dumb question but it has two implications: 1. Sometimes gifts get no further than good intentions. 2. Offering something is not the same as giving it. Good Intentions This holiday we may be reminded of many past Christmas seasons when we decided that “ next year” we would do things differently. Get involved with people in need for more than the holiday. Simplify the schedule so people can be enjoyed. Be more aware of the reason and not just the occasion. These good intentions are not given if we do not plan and carry them through. Of course we can always plan for next year. Giving/Receiving Perhaps we are unable to give [or receive] because we are unaware of others. Knowing and caring about others are essential to giving gifts that are received with joy. Being a

One of the definitions of the word “celebration” is to hold up or play up for public notice. This is a perfect description of what we want to do as we celebrate the 25th year of First Place. The true celebration is not for a program, but for what God has done through First Place.  Over the past 25 years, thousands of lives have been changed and many have found Jesus Christ as their savior. Through the spiritual disciplines in First Place, I have learned how to make Jesus Christ a part of every area of my life. The First Place staff had devastating news in the final months of 2005, which directly affected me and my staff position. The Personnel Committee at Houston’s First Baptist Church began enforcing an existing policy that requires full-time employees to work on the premises. I had been a full-time employee of the church,

A Gift to the King

I have no gift to bring… that’s fit to give our King. Sound familiar? The Little Drummer Boy is one of my favorite Christmas Carols. I can relate to his lowly estate! What could I possibly offer Jesus for His birthday this Christmas season? How about gold, silver, frankincense, or myrrh? He’ s got that already! I am thinking I would like to give Him something unique this year; something creative, but costly. How about my exercise? It’s very common for us to give up or take a vacation from our exercise commitment during the holidays. This Christmas season I am giving to Him as a gift offering an extra measure of my physical exercise commitments to go the extra mile and press a little harder. Rather than complain about the soreness, inconvenience or outside weather temperature, I am going to present my body to Him as a living sacrifice 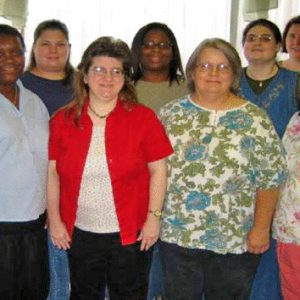 Woodhaven Baptist Deaf Church, Houston, Texas, began leading First Place sessions when they were still a Deaf Department in Houston’s First Baptist Church over 20 years ago. God has blessed each First Place member in more ways than one can imagine. Now, under the leadership of Nancy Krone, who is Deaf, they are being very successful in weight loss, getting closer to God, and learning how to take better care of themselves and their families. 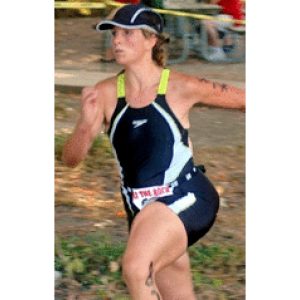 Tamara Fisher competed in the annual Rockwall Sprint Triathlon which is a sanctioned triathlon by USAT. The event had 450 participants which is a large event for a Sprint Triathalon. With a time of 1:20:38, Tamara completed the 300 yard swim, 14 mile bike, and 3 mile run getting First Place in Athena, Second Place in her Age Group, and Tenth Overall Female out of 120 women. Tamara’s husband, Kevin, also competed and posted a time of 1:17:09, which was 14 minutes faster than last year and nearly 40 minutes from when he weighed 290 pounds. Tamara has lost 140 pounds and Kevin 110 pounds on First Place. You can read more about Tamara Fisher under Success Stories,