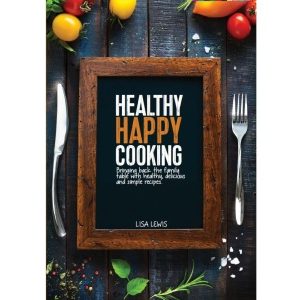 We’re all looking for tricks and tips to eat, cook and serve healthy meals.  Try these five Healthy Hacks for the kitchen, for the table and for the grocery store. Portion Size Healthy Hack.  The bigger the plate the more you eat.  Invest in smaller plates and bowls, or serve dinner on salad plates and use a mug for your cereal or ice cream. Another trick:  Spread food, rather than mound it.  It looks like a lot when it’s not.  Vegetable Prep Healthy Hack.  Freshen up your limp kale or other vegetables by dropping them into ice water.  Plants wilt due to water loss.  Ice water restores their crispness. Grocery Bag Healthy Hack.  In a recent study, researchers found that 64 percent of the 25 used reusable grocery bags tested were contaminated with bacteria.  Make sure to wash your cloth bags weekly and use single-use bags (e.g., plastic) for raw meat,

On   /   Devotional, Live It Articles 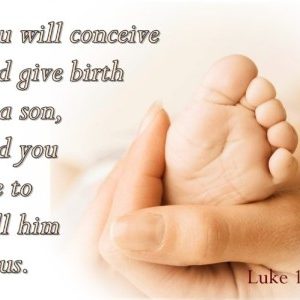 You will be with child and will give birth to a son, and you are to give him the name Jesus.  LUKE 1:31 When our son, John, was born, I wanted to name him John Talton Lewis Jr., after his daddy. His daddy had always gone by Johnny, so we decided to call our little boy John. When John grew up and married Lisa, their first child was a boy, and they named him John Talton Lewis, III, and called him Tal to differentiate between Johnny and John. Have you ever thought about the fact that God Our Father chose the name for His only Son Jesus? The angel was only a messenger delivering the news from God to Mary.  Names are as important today as they were at the time Jesus was born. I knew a little boy named Dan McGrew who spent his childhood struggling to overcome the

I Have No Gift To Bring

Have you ever thought about giving Jesus a Christmas present?  We exchange gifts in my family, of course; Santa even comes for the little ones every year. We also, as a family, give a substantial mission offering. But what about Jesus? Shouldn’t He get a gift? After all, it’s His birthday. From a biblical perspective, we remember the first Christmas gifts of gold, frankincense and myrrh brought by the Magi to the new born king. These three gifts had meaning. If I’m giving Him a gift, I want to give Him something meaningful. I really had to think about this before I could come up with anything that was really worthy. I can identify with The Little Drummer Boy who had nothing to bring except the playing of his drum. What do we have that is worthy? What can we bring to the King of Kings?  It must be something