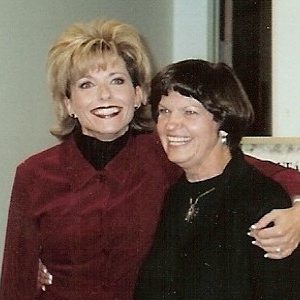 Thirty-five years!  How can it be?  I’ll never forget how I came into the First Place 4 Health program.  It was January 1981, and I met up with a long-time friend at a baby shower.  Kay Taylor had lost a lot of weight and I said, “Kay, how could you do this and not tell me?”  Our parents were friends before Kay and I were born and we had grown up together at Houston’s First Baptist Church.  Kay looked at me and said, “Carole, you know we are going to be 40 next year; do you want to be fat and 40?”

Shortly thereafter the First Place 4 Health program was offered at my church, so I enlisted my mom and my dear friend Pat Lewis to join with me.  The three of us were in the first group that began the First Place program in March, 1981.

There have been so many milestones over the last 35 years that it’s difficult to choose just a few to share with you.  I met Kay Smith at our weekly First Place Leaders’ meeting.  Kay had lost 90 lbs. on the program and was leading at another church in the city.  She was one of the funniest women I had ever known, and together we kept the meeting hopping!  I’ll always remember trying furiously to finish my tracker to hand in to our leader, Dotty Brewer.  Dotty said, “Carole, it’s hard to reconstruct a week’s worth of eating in five minutes, isn’t it?”  I love that first bunch of leaders to this day.  Carolyn O’Neal was a leader with me in the beginning, and she is now the Women’s Ministry Director at Houston’s First Baptist Church.  Another leader Debbie Behling still leads a FP4H class today and works right next door to our FP4H office.  Eleanor Frank, who led with me in the early years, has retired from teaching and is in my current class.

I have made lifetime friends through the ministry of FP4H and I plan to lead as long as the Lord leaves me here.  This program changes more lives than any other health program I know.  Our saying is true—“Success is in the process.  If you don’t quit, you will succeed.” None of us do the program perfectly, but if we want to be whole in body, mind, soul and spirit, this is the program to join.  Learning to give Jesus Christ first place in all of these areas is the key to abundant life.  I wish I could say that I have mastered the process, but that would not be true.  I can say that I have come a long way in 35 years and my greatest desire is for Jesus to be the center of everything I think, say and do.

Our 20th Anniversary was such a fun time. Kay and I attended a couple of conferences where Babbie Mason was the singer and we really wanted her at our 20th Anniversary.  I said to Babbie, “We really want you to come to our 20th Anniversary, but I know we can’t afford you.”  Babbie replied, “I am Babbie Mason! If I want to come, you can afford me.” We began on Monday and Babbie Mason was our singer.  Florence Littauer led a three-day seminar called CLASS, with over 100 attending that year.  We continued on Thursday with Florence Littauer speaking, followed by Beth Moore on Friday night. I love to say that we knew Beth Moore before she was BETH MOORE.  She led our aerobics ministry at our church, and we have been friends for many years.  She was the keynote speaker at many of our conferences in the early years and the Lord allowed me to have a small part in the introduction of Beth to our friends at LifeWay Publishing.  God’s hand has been on First Place 4 Health in so many ways and I am overwhelmed that He was able to use me in the work He planned before the creation of the world.

Remembering our 25th Anniversary weekend is sweet.  We invited our members from everywhere to come to Houston and participate in the Houston Marathon.  We had a carb- loading dinner the night before the marathon and loved walking and running together the next morning.  Pat Lewis walked the 3-mile walk with Cheri Lasiter, who has severe cerebral palsy, and they finished the walk!  Becky Turner and I did the half-marathon without training, which was a tad difficult, but we made it.  We only ran through the mile markers in case there might be TV cameras filming for the evening news.  Mark Gutierrez came from California for his first marathon.  His goal for our 25th Anniversary was to run 12 races that year.  Mark lost 120 lbs. on our program and he completed those 12 races: 3-5ks, 3-10 ks, 3 half-marathons and 3 marathons. So many of my lifetime friends’ stories are found in my books.  I love going back and reading them again and again.

Our 30th Anniversary was so special.  We brought Buddy Griffin and his wife, Sandy, to share about the beginnings of the FP4H program.  Buddy was our Minister of Activities in 1981, when the program began, and Sandy was my first leader.  Buddy spoke and played the banjo and Sandy shared what a rebel I was in those early days. Since I had lost 20 lbs. that first session, Dotty Brewer asked Sandy if I might make a good leader.  Sandy told her that I hadn’t even done the food plan, but Dotty enlisted me, because she was desperate for leaders.  For our 20th Anniversary, Sandy gave me back all of my trackers for that first session and I was able to see that what I wrote about my food intake was spot on.  We invited my grandson, Carl, to take pictures of our 30th Anniversary, and we have many great photos of our celebration.

Our 35th Anniversary will be this summer in San Antonio,TX, and Lord willing, I will be there to hug your necks. Vicki Heath is doing a fabulous job of leading the program since I retired in January 2014.  God wove our lives together for many years, because He hand-picked her to continue the legacy of First Place 4 Health.  We pray that hundreds of you will come to Summit, July 15-16, 2016, and build into the memories that began 35 years ago.