Am I Fat Because I’m a Christian? 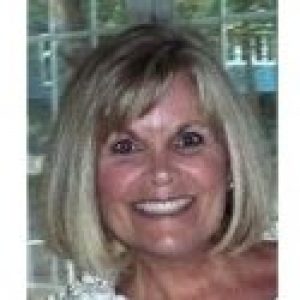 Are Christians more food-focused than other groups of people?  That is a good question we need to ask ourselves. In June I attended the Southern Baptist Convention in New Orleans and carefully watched those around me. Out of approximately 8,000 messengers registered for the event, I would say that only one out of three were not overweight. I am not picking on Baptists. Studies show that obesity is prevalent in Christians, especially evangelicals

In a study performed at Purdue University by Professor Ken Ferraro and published in the June issue of the Journal for the Scientific Study of Religion, Ferraro wanted to understand if there is anything significant in the relationship between religious practices and an unhealthy body mass index.  What he discovered is those states with a larger population of people professing a religious affiliation had a higher than average number of overweight and obese people.

The study showed that 1% or less of those claiming the Jewish, Muslim, Hindu, Buddhist or other non-Christian religions qualify as obese.  The obesity statistics increase significantly among Christians.   The results show approximately:

Lord, have mercy and give me some more macaroni!  This does not come as a surprise to those of us who have grown up in the Bible Belt. For most of us, the Christian social culture involves fellowship gatherings featuring home- baked pies, fried chicken, dinner on the grounds, church picnics, and ice cream socials.  For us here in South Carolina, it’s creamy grits and sweet tea. These are such an element of our culture that they have become a part of our religious DNA.  Not only do we eat this food daily, we are also encouraged to overeat!  It’s even considered a crazy way to show love. “Let me fix you something to eat” is as common a greeting as “How are you doing.”  We have lived with a huge blind side; we preach against over-indulging in alcohol, tobacco, and even the kind of media we watch, but gluttony seems to be one of the few “overindulgences” that we have decided to embrace.

Steve Reynolds, pastor of Capital Baptist Church in Allendale, VA says in his book Bod 4 God that he was amazed his church let him stay in the pulpit at over 300 pounds. If he had been preaching heresy, he says they would have fired him.  But they allowed him to preach week after week, obviously controlled by the sin of gluttony, and no one said a word!

So what is going on here? We Christians, of all people, should have a healthy understanding of the role food plays in our lives.  Why is my relationship with food so critical to my health and well-being?  The sad truth is that you will not be successful in meeting your wellness goals through exercise alone. Most physicians agree that optimal health is achieved 30% by what you do and 70% by what you eat.  In fact, trying to manage your weight with exercise alone can open the door to the dangerous habit of exercise bulimia—trying to rid the body of calories through over-exercising. We have to incorporate both of these disciplines into our lives, exercising sensibly and eating quality foods in proper quantities.

I cannot speak for the entire church, but for me, my relationship with certain foods is an emotional one.There was a time when I actually found myself having a love affair with food. I would think about it when I woke up, daydream and fantasize about overeating the foods that I loved, which were usually high-fat and high-sugar foods.

I often connect emotions with food memories. For example, I have a fondness for pizza.  I have a favorite memory of when I was about four years old and my father worked as a cook at the Officer’s Club. He was enlisted Navy and we were stationed in Norfolk, VA.  He would work very late in the evenings and my mom would sometimes let me and my sister stay up until he came home. Many nights he would bring a homemade pepperoni pizza from the club and we would sit around the coffee table and eat it together.  It is such a happy memory for me—my dad, getting to stay up late and eating pizza, warm and cheesy! So you can imagine that when I am feeling a little lonely for my dad, who passed away several years ago, I can be tempted to use a pepperoni pizza to take care of that loneliness.  I can tell you right now that it does not take the place of my dad. In fact, when I overeat pizza, it only makes me feel shame and guilt.  It is my goal now to daily practice a healthy relationship with food.  I do this by remembering:

Keeping food in its proper perspective is a daily discipline that Jesus is still teaching me. It is a spiritual exercise. “Rabbi, eat something.” But he said to them, “I have food to eat that you know nothing about.” Then his disciples said to each other, “Could someone have brought him food?” “My food,” said Jesus “is to do the will of him who sent me and to finish his work. “ John 4:31-34.  Jesus loved food, but he understood that ultimate satisfaction comes from living in God’s will and doing his work on the earth.  That’s a much better way to grow the church!