Beans Will Come Up! 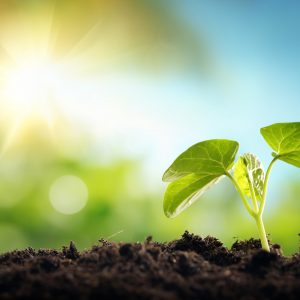 Dr. Guy Newman was a great motivator and word crafter. He was president of the university that I attended. One of the few chapel messages I remember was centered on a story he told.

“A young farm boy was given the task of helping plant the family’s large vegetable garden. His friends waited impatiently in the shade for him to complete his chore so that they could play baseball. The planting was slow, the friends grew impatient and soon he was left alone in the field. Row after row he broke the hard earth, dropped a bean, patted the soil over the seed, and took a step and then dropped another seed. The tedious process ruined his plans. He could hear the rowdy boys at the ball field! Angry at the unfairness of his task, he dug a large hole, dumped the remaining bag of seeds, covered them and ran to grab his glove. His mother was surprised at how fast he was finished. He assured her ‘all of the beans were planted!’ All was well UNTIL … the beans came up!”

Much of what we reap in our lives is based on what we have sown. This is especially true in what we think. Our character, relationships, disposition and influence are greatly impacted by what “seeds” of thoughts are planted, nurtured and tended.

Seeds of a Peaceful Mind

Philippians 4: 4-8 Think on these things!

To have peace, think on these things. Reap the harvest of a life of serenity and calm in a rocky world of turmoil.

As we think, so are we! Beans will come up and the results of what we have planted will bear fruit.