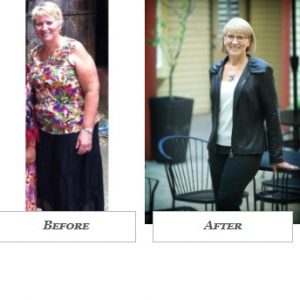 From 1998-2006, my husband and I ministered at a year-round Christian camp. I walked about two miles several days/week to stay fit, and my weight was in the 130s. But when we had to move to a different house that was in dire need of repair, I overworked my shoulders and ended up with excruciating pain for more than two years. That pain was so intense that I stopped walking and had to sleep in a recliner chair until I received cortisone shots. During those two years, I found that I could sit at my computer and type without pain, if I held my shoulders and arms in a particular position.  So I spent much of my time on my writing projects. Sitting, sitting, sitting led to my leg muscles tightening and eventually Achilles tendonitis. I also suffered with plantar fasciitis during that time. I began gaining weight, which led to knee problems and more cortisone shots. Because of my knee issues, one doctor told me, “Walking is no longer a viable exercise for you.” What a mess I was!

We moved from the camp ministry to a city in fall 2007. Now I lived near a gym, so I joined Curves and lost about 20 pounds, but I gained it back. I was still in pain with Achilles tendonitis and arthritic knees so I looked for any excuse not to exercise. I wasn’t disciplined in portion control, and I now traveled internationally a lot—doing so meant not having control over my own food. When I’d return from overseas trips, I’d be far behind in my office so again, I’d sit, sit, sit at my computer to catch up.

By 2012, I was nearly crippled with Achilles pain. My doctor made several recommendations, but I failed to follow through when short attempts to do what he said didn’t immediately prove effective. I met Pam Farrel in April of that year. She asked me to go for a walk with her, but I couldn’t because of my pain. She told me about FP4H and a Spa Week that she was attending in January.

In November, 2012, my doctor injected cortisone into my left Achilles tendon as a last ditch attempt to relieve the pain. The day after I returned from the Spa Retreat in January, that tendon partially ruptured and landed me in a cast for three months. Nine days after the rupture, my right knee—which had just been diagnosed with a Baker’s cyst—gave out. I lost mobility completely for three months and had to undergo surgery on the knee plus physical therapy twice/week for months. Two weeks after my cast was removed, my body broke into shingles. Two years passed before I felt fully recovered from the whole ordeal.

In the meantime, I returned to the Spa Retreat the next January—still in rough shape and struggling to exercise because of ongoing ramifications from my injuries. My weight skyrocketed and by that fall I weighed 194 pounds. That’s when I knew I had to do something and do it fast.

I finally got serious about regaining control over my health in January 2015, thanks to FP4H and the Spa Retreat. I returned home determined to lose 30-40 pounds before the next one. I began exercising at a nearby gym (not Curves), tracking my food, and wearing a FitBit. I lost 30 pounds.

In February 2016, Vicki Heath started an online group for women from the Spa Retreat. I joined for accountability sake—having to weigh every week really keeps me on track. The classes on nutrition have helped tremendously. The mutual support and encouragement, and the Bible studies have been so helpful too. I love it! As of November 30, I weigh 139.6 and feel healthier than I’ve felt for nearly 20 years.

My knee issues are completely gone. I’m strong, I have good balance, and I feel great overall. I’ve learned the discipline of portion control, I cook healthy meals, and I exercise about five days/week at the gym. Strength training has become a regular part of my routine. I’ve also learned to pay attention to my body—I now know that gluten and corn cause me to retain water, so I avoid them and feel better for it.

Most importantly, I believe, I finally understand the biblical principle that my body is the temple of the Holy Spirit, and I want to keep it clean and strong for His highest purposes.  So now it’s time to apply these secrets personally…and then share them with those you are inspiring to better health. Some secrets are sweeter when they’re shared!

Grace Fox is a FP4H virtual leader, career global worker, popular international speaker, and the author of eight books including Moving From Fear to Freedom: A Woman’s Guide to Peace in Every Situation. She’s a regular contributor to Mornings With Jesus, an annual 365-day devotional published by Guideposts Books, and a contributor to the Mornings With Jesus Devotional Bible. Together with her husband, Grace co-directs International Messengers Canada—an interdenominational ministry with 200 career missionaries working in 25 countries.  Read more about Grace at www.gracefox.com