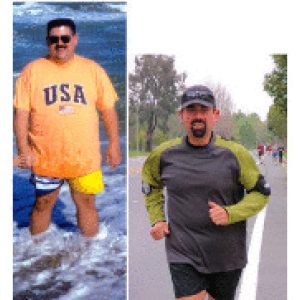 For what seemed like many years I dreamed about becoming a runner. I already had the signature slogan, Run to Win! (1 Cor. 9:24), but I didn’t run. I remember talking with a gentleman at the 2004 Leadership Summit about my dream to run someday and he shared about his running plus gave me some tips on how to train to run a 5K. Then it happened! Shortly after the summit I got an email from Beverly Henson with a challenge to run the Houston Marathon in January 2006, to help kick off the First Place 25-year anniversary. I immediately (without really counting the cost) replied with an “I’m in!”

Many months went by and my dream was still just a dream. Then in March 2005, I realized the marathon was only 10 months away and I’ d better start training. I started a couch potato to 5K runner training program and ran my first race, a 5K, on Memorial Day 2005. I continued to train and run races as I prepared for the Houston Marathon. I remember many of those long training runs being motivated by the fact that I had made a commitment and wanted to follow through with it. Race day finally came and the 10 months of training paid off. Oh, I still felt like I’ d been hit by a wall after the race, but I did it, completing all 26 miles and 285 yards. I joined the small percentage of American’s that ever complete a marathon in their lifetime. It was an awesome experience and I didn’t want it to end.

I already had races planned for the first several months of 2006, so I decided to commit a race a month for 2006. My plan was three full marathons, three half’s, three 10K’s and three 5K’s. The year was off to a great start. My first six races were all personal bests. Then in July, I did a fun run; I ran/walked a 5K with my 14 year old daughter. I hope it made for some good memories for her; for me it’s a race I’ ll always cherish. Vacation season hit and I backed off from training. The prior year, as I trained for Houston, I was very diligent, but this year I relaxed more than I probably should have.

When I returned to my running club after my vacation I faced a 10 mile run. It was something that would normally be no problem, but for someone who’s been resting instead of training it was too much, too soon. Somewhere around mile six I started experiencing a pain in my left knee that wouldn’t let up. I cut the run short and walked back to the park, but the damage had been done. I had to cancel my trip to San Diego the next weekend. This was a first for me to sit out for a race I’d already paid for, but that couldn’t be avoided. I backed off from exercise completely for a couple weeks, then tried starting slow. My next race was the Disneyland Inaugural Half Marathon. That race had the most beautiful finisher’s medal around, nicer than most full’s! Coach Patty, from my running club, planned to run/walk me through the race. She committed to sticking with me through the race and I was so grateful. We started off well, but by mile four, I was starting to hurt. We kept increasing the walking portion of the run/walk until we were at a complete walk around mile 10. The good news was that we made it to the finish line and earned our medals. One of the other coaches highly encouraged me to go see a doctor. I scheduled an appointment the next day.

The recovery is going slow, but going well. I hope to be back to a full run after my 2007 Los Angeles Marathon. I’m a pace leader for the run/walk group that’s training for L.A. After that, I’ll be transitioning back to a full run, but will probably always incorporate short walking breaks. It’ s a great training technique. I completed my year of running in Las Vegas in December with one final half marathon. I didn’t quite do a race a month (August had no races), but I did do 12 races during the year. I also learned dreams can come true, if you’ re willing to put the work in, and short cuts can really cost you.

Do you still dream?

I believe that many of us give up dreaming as we get older. God isn’t through with
us just because our hair is graying and I believe that our best days are yet to come. I’ve done a little dreaming this year. My goal is to retire at the age of 57 and go into full time ministry. I thought of a great way to kick off that event as I ran at Pismo Beach last November. I often let my mind wander as I run and I was especially focused on how I enjoy running in new places, then the thought hit me. I don’t have all the details worked out, but I plan to run from the Pacific Ocean to the Atlantic Ocean in 57 days. My plan is to run four half marathons daily with one hour breaks in between for 57 days. I’ll do this six days a week and take Sunday’s off to rest and recover. It’ ll take about 9 ½ weeks to get from Long Beach to Ft. Lauderdale and I think it’ll be a hoot to have Pam and some friends follow along in a motor home.

The year of a radical sabbatical

As the year comes to a close, I’ ve been thinking about goals for 2007. I’ve got several! For starters I really want to get to my goal weight. My biggest deterrent has been sweets. That’s one area in which I really struggle. I have decided to make 2007 the year of a radical sabbatical. I’ll be avoiding sweets of all kinds the entire year. As I considered my other goals, I began thinking of the Triple Dare that Carole writes about in Back on Track. It’ s a 16-week challenge to eat right, spend priority time with God, and to exercise and rest. So I’ve decided to take the challenge for the entire year. My goals for 2007 include:

You can check up on my progress by visiting www.markstripledare.com. I’m also going to have two accountability partners that I’ ll check in with on a weekly basis. May God richly bless your 2007.