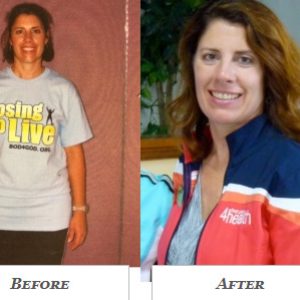 Psalm 107: 17-22 describes for me a time in my life when I struggled with eating disorders and issues with my body image. The verses read: Some became fools through their rebellious ways and suffered affliction because of their iniquities. They loathed all food and drew near the gates of death. Then they cried to the Lord in their trouble, and He saved them from their distress. He sent forth His word and healed them; He rescued them from the grave. Let them give thanks to the Lord for His unfailing love and His wonderful deeds for men.

I had been baptized as a baby and I grew up knowing Jesus loved me, that He died to pay for my sins and rose from the dead so that I might have eternal life. My family faithfully attended church and Sunday School. I was a leader in my youth group and was even in a Young Life Bible study at my high school at the time. Yet teenage feelings of unworthiness in my physical appearance gripped me. Even after being selected by my high school class to represent in a court at our spring dance, I felt inadequate compared to the other girls. A simple suggestion at a sleepover of ‘did you know you could eat whatever you want and not gain any weight – you just make yourself throw up’ led to a habit . . .which led to stronghold. I went from a period of anorexia, which resulted in my weight dropping below 100 lbs. just prior to my senior year of high school to years of giving in to the stronghold of bulimia. I pleaded with God to help me just be normal – to be able to eat three meals a day and to not obsess over it. I wondered why God was allowing such a struggle and for what purpose He might one day use MY STRUGGLE for HIS GLORY.

I struggled with bulimia through college and into married life. Sometimes it was literal purging and at other times I purged the calories with excessive exercise. At some point while in college I shared my struggle with my future husband, but I know I never admitted how much of a stronghold it really was. I wasn’t even admitting it to myself. I always felt I could stop. It wasn’t until we decided to start a family and I determined to eat more healthfully that I was able to avoid the binging and purging. My education in the health field made me well aware of the damage I may have already been doing to my body and I wanted to do everything I could to be healthy for our babies.

But even after three healthy pregnancies and children I had occasional setbacks where life would seem out of control and I would resort to my old ‘go to.’ I would seek insufficient ways of comfort to manage what I saw as loss. The disappointments or disapproval I occasionally sensed from others had the same effect on me that it had had in high school. Feelings of a loss of control and inadequacy led me to privately binge. Somewhere along the way I also started drinking more. Seldom became regularly which became frequent and excessive. I ‘managed’ my weight with temporary restrictions or excessive exercise and while it seemed to stay within 10-15 lbs. of my healthy range I was not living a life of balance.

Around 2007, as a Body & Soul fitness instructor, I attended a workshop where I heard Pastor Steve Reynolds of Annandale, VA, speak about his weight-loss journey, the Bod 4 God series and the Losing to Live Weight Loss Competition. Around the same time a friend introduced me to First Place. I was inspired to encourage my congregation to seek lives of balance and with church leadership support we kicked off “Feel Great in ‘08” emphasizing physical, spiritual, mental and emotional wellness.

The collaboration between Body & Soul Fitness, First Place 4 Health and Bod 4 God has been a blessing to my efforts and the ministry of discipleship that I lead at our church. God lifted me out of a deep dark pit and handed me the ropes to help lift others from similar pits – pits of self absorption, self consciousness, unhealthy habits and other distractions that take our eyes off of Him and interfere in the work He wants to be doing through each of us. Living outside of God’s will – walking in disobedience – is tiring. Walking in obedience brings me peace and contentment. He is using my passion for Him and a balanced life to help me lead others in living a life that is satisfied in Him!

When I started the Losing to Live Weight Loss Competition and First Place I weighed 154 lbs. (before pic), the heaviest I’d been other than pre or post pregnancy. I now find joy in my 130’s and don’t obsess when the scale fluctuates a few pounds. First Place 4 Health really helps me to stay on track with my eating (and drinking) and exercising and keeps me accountable to other Christians walking the same walk.